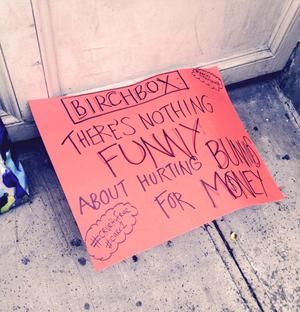 This is my documented review of my presentation of the 128,000+ signature petition to Birchbox, my subsequent meeting with BB's founders, and my thoughts afterward. I'm doing it mostly in timeline and list format because, well, I'm frigging exhausted from a 15-hour travel day yesterday. I thank everyone who has supported this petition and stayed #crueltyfree by boycotting the company. 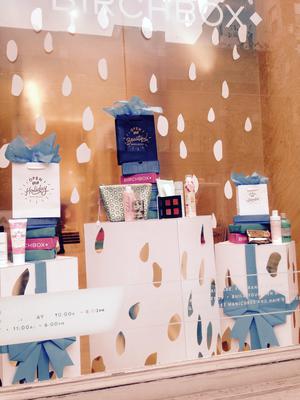 11:45 am: Arrived at the Birchbox store in Soho with a suitcase full of the 3 binders (comprised of 3,000+ pages of signatures) to present to the founders. Only one supporter showed up, most likely due to the rain and the fact it was a weekday. Would have been great to have more supporters out there, especially #Care2 supporters. A cop approached us -- he'd been waiting in "plainclothes" cop car in front of the store -- and we told him about our mission. He seemed relieved that there wasn't going to be a large protest -- which had never been my intention anyway, really. He went inside to OK it with the store employees, then let me in (there were two bodyguards there). I presented Kelly, a PR rep, with one of the binders and then left the store. We waited around for about 40 minutes, talking with our lone supporter (props to Sonia Huerta for coming out!), and then decided to grab a quick bite and left Soho. 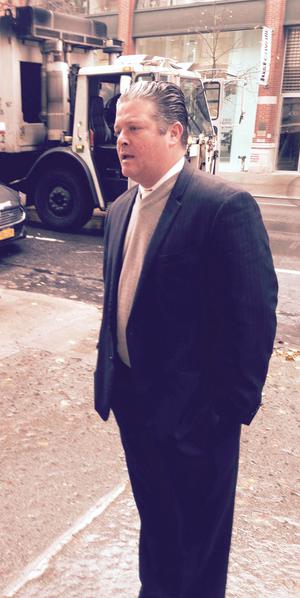 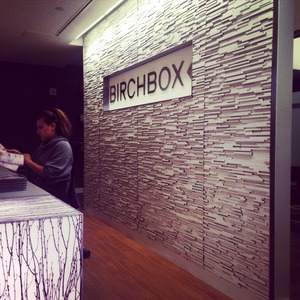 1:45-2:30 pm: Arrived at the Birchbox HQ and were signed in by the security guard. Rode up to the 12th floor, were let in by the receptionist, and then were escorted to a conference room with Kelly (the PR rep) and the two founders, Katia Beauchamp and Hayley Barna.

Now, a little backstory before I go into my impression of the meeting. The day before I had printed out a list of all of the brands with which Birchbox partners and compared it to two lists: the Leaping Bunny-approved brand list and the PETA-approved brand list. For those unfamiliar with these lists and the standards for getting onto them, here's a brief education. Leaping Bunny's standards stipulate that "no animal testing is conducted or commissioned for finished products or ingredients in any phase of product development by the company, its laboratories, or its suppliers after a fixed cut-off date." PETA's standards: "All companies that are included on PETA's cruelty-free list have signed PETA's statement of assurance or submitted a statement verifying that neither they nor their ingredient suppliers conduct, commission, or pay for any tests on animals for ingredients, formulations, or finished products."

These descriptions might sound similar, even identical to some -- but there's actually a huge distinction. While PETA just relies on a statement from a company that it does not use animal products, pay for animal testing, or do it themselves, Leaping Bunny requires its approved companies to be open to an independent audit verifying that they meet LP's stringent criteria. In other words, while PETA's name carries weight and a company might not want to stake its reputation if it knows someone could find out there is animal testing going on, Leaping Bunny could conceivably show up at a company's gates and demand and audit right then and there.

So if you were truly against animal testing, which standards would you trust?

After comparing Birchbox's brand list to LP's and PETA's, I found some dismal statistics: Just 3.5% of BB's brands could be found on the LP list, and only 12% on PETA's.

Unfortunately, when I brought up Leaping Bunny and PETA, the founders brushed over those lists, insisting that their company prided itself on providing products that were "99%" cruelty-free. However, they did not provide any background for that number, stating that they had employees who spent time to make sure that their brands didn't support animal testing. They also stated that many of their brands were "so new and small" that they probably hadn't even had time to "make it" on the Leaping Bunny list. One founder even asked me at one point if I was familiar with the history of animal testing in cosmetics, a question I would have found insulting if I didn't find it laughable.

When asked what their plan was to work toward a cruelty-free solution, Katia stated that while they were happy to hear from members of the community, they could not please the individual wants of every consumer -- indicating that me and the 128,000+ people who signed my petition were just that, consumers whose "individual wants" happened to be an abolishment to testing on animals when other, cruelty-free options are readily available. She made it clear that while Birchbox's goals moving forward are "transparency to consumers" and the possibility of offering a 100% cruelty-free box someday, it was not going to become anything close to even a part-time project for them.

I asked the founders if they would be open to supporting an independent advisory board that could help them move away from animal testing and toward a more positive solution. Katia was quick to say that if they were to ever do that, they had enough resources in-house -- which would somewhat defeat the purpose of an advisory board.

One last thing: At one point Hayley asked us why we had targeted them, since they were "such a small fish in a big pond" (a pond of Estee Lauders, Shiseidos, etc., I'm assuming). I told them it was because they were such a new and, I thought, progressive company that they might be open to setting a positive standard among the makeup/distribution industry -- they could boldly go where no one before them had gone before, as it were. Later on, however, Katia contradicted this view of the small fish in a big pond by stating that "thousands" of companies had already copied their business model. I never believed the small fish/big pond theory anyway after having read earlier in the day that the company had received a $60 million investment in the spring and was now worth almost $500 million.

So to sum up: Birchbox's goals, so they said, were transparency and choice, i.e., the option to someday provide their subscribers with the choice of a cruelty-free box subscription. However, since they refused to tell me where their standards for stating that one of their brands is truly "cruelty-free" come from, and since less than 25% of their brands are on either the Leaping Bunny or PETA list, I have no choice to believe that most of the "change" coming from the company will be more about saving face and less about actually saving animals from the cruelty they endure needlessly in laboratories.

My recommendation to signers of this petition: Continue your boycott of Birchbox, but more than that, read about Leaping Bunny and PETA and form your own standards for how you want to live your life and what products you will choose to buy. In this culture where the credit card rules, you aren't just what you eat -- you are what you consume in every aspect of your life.